What do you think about ASEAN? Some people may think that ASEAN is useless. When asked the question "What are the benefits of ASEAN for you?" Along many answers, you may encounter these: "I don't know", "ASEAN has no impact on our life.", "It doesn't matter whether ASEAN exists or not." 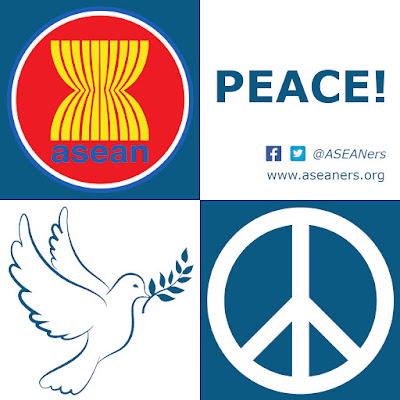 Prof. Kishore Mahbubani, Singapore's former ambassador to the United Nations, said that ASEAN's best product is peace. Even  "if" ASEAN produces NOTHING but peace, that's enough. Now everyone takes peace for granted. But actually getting peace in the most diverse region of planet Earth is a fantastic achievement.

At the time ASEAN was founded, the atmosphere in Southeast Asia was very tense. Indonesia has just had a confrontation with Malaysia, Singapore has just become independent, the Vietnam war is still ongoing. Prof. Mahbubani was present at the establishment of ASEAN. He said that the atmosphere at the start of the negotiations was tense because of the many suspicions between them. Now, Everything  is very different. The atmosphere of the negotiations is so fluid and relaxed.

We can say that Southeast Asia is the most diverse region on the planet. There we can find various ethnicities and various beliefs living side by side. There are hundreds of millions of people from various backgrounds inhabiting this area. There are Islam, Christianity, Catholicism, Hinduism, Buddhism, Confucius, Taoism and other beliefs. In the past, it may not have been imagined that a communist state could coexist with an Islamic sultanate state.

According to Prof. Mahbubani, currently ASEAN is still at the "zero war" level. There is no war going on between ASEAN countries, but the possibility of war still exists. The next objective is "Zero prospect of war". At this stage, there is absolutely no possibility of fighting among ASEAN countries.

Please never forget that Peace doesn't exist by itself. There are many people working to bring about and maintain that peace.